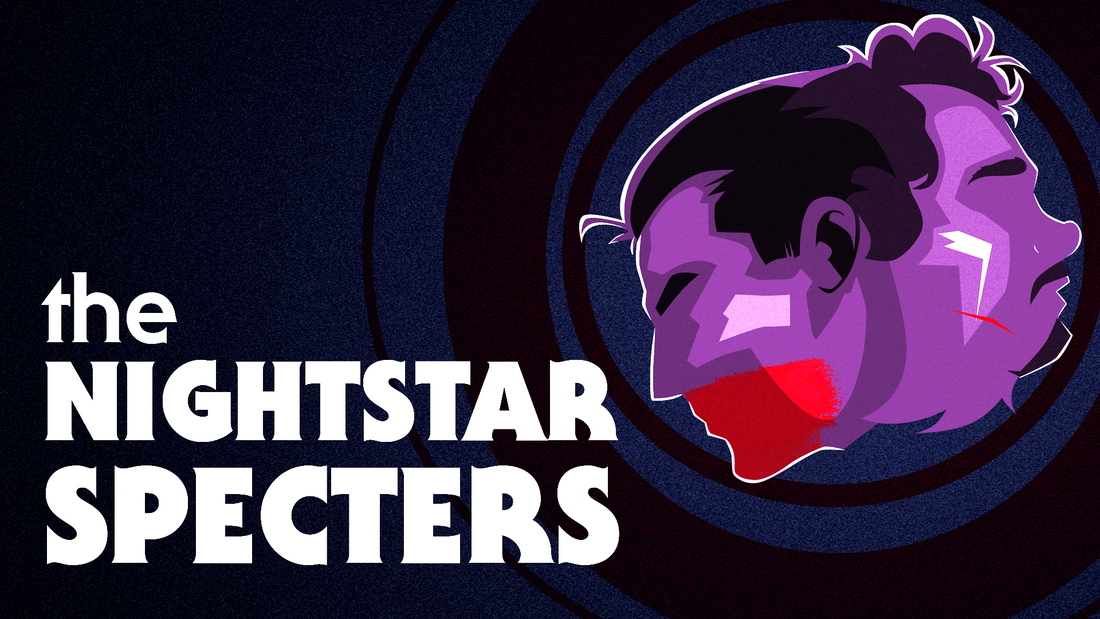 The Nightstar Specters is a five-part campfire noir audio drama about a witless vampire and a pompous detective who set out to prove their intelligence by solving a bloodsucking murder in the hamlet of Nightstar, NY during October of 1929.

Henry Kiely reprises his role as Remy from Danni and The Vampire alongside co-star Ryan M. Sero as Detective Willow, in this mysterious mystery that's not really about the mystery.
​
Listen to the Complete Series NOW
​wherever podcasts are heard